Hybrid battery repair is a company specializing in repairing your defective Hybrid battery pack at a reasonable cost. We are located in Los angeles and service most of Southern California areas. If your hybrid car has been diagnosed with a defective battery by the dealer or mechanic then we can help you with the repair of your hybrid battery. We repair Toyota Prius Hybrid Batteries for the years 2001-2009 and 2010-1015. . We Also provide Hybrid Battery Service to other brands such as Honda, Lexus, Chevy, Kia, Ford, BMW, Mercedese, Porsche, Nissan. Check out our 5 Star Reviews on Yelp.

Service 1: For $795 (2004-2009 only) we will repair the battery pack including replacing the defective cells and other components. Service is complete with a 6 Month  Warranty and Pro rated up to a year.  Includes Mobile Service in Los Angeles Area. Reconditioned Battery packs (2004-2009 and 2010-1015 starting from $995) with extended warranties available. Please call for details Service 2: For $1,799 we will rebuild the battery pack with Gen III cells. Mobile Service and Extended warraties available up to 4 years. Please call for details. 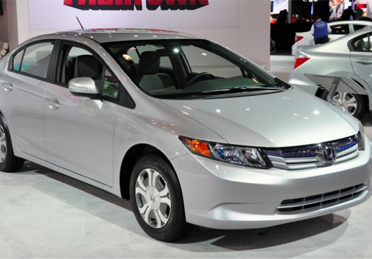 Since then I have had zero issues with my car. This guy is trustworthy, affordable, and stands by his work. What more can you ask for in a mechanic? Due to the nature of the repairs I got from Hybrid Battery Repair I have waited a few weeks before reviewing. First I will go over what went wrong with my car: I drive a 2003 Prius. It had been having the Hybrid light come on at random times for a while, but I could always fix it by restarting the car 4 times (it was as if my car was a Microsoft product). One day this stopped working and I limped it to the dealership (stupid I know). The dealership let me know that the Inverter, Inverter cooling pump, and Hybrid Battery all needed to be replaced. This was to total over $7000. Needless to say I started shopping around. I found Hybrid Battery Repair here via some Google Fu, called Joe to let him know what I would be needing. Joe gave me a very reasonable quote at considerably less than half of what the dealership wanted. Being that this involved the inverter I would need to get the car up there. So I ordered a tow and got it up there. Joe fixed everything and dropped the car for me at my place of business in Santa Monica. Unfortunately the story doesn't end here. Within a week the light came back on. It was easily remedied by the restart trick (Prius by MS). Joe stands by his work! This guy is an A+ He sent his helper and the code read P3125 (Inverter). He wanted to recreate the issue and see the code in a non stored state. However it had driven over 200 miles since he fixed it and I knew from the last time it failed it could be extremely intermittent. We worked out that I would buy a code reader (a wise thing to have anyway) and I would call him the moment it happened again. I then cleared the code. It happened again after about another 400 miles. After calling and letting him know that the same code popped up again he was satisfied that the inverter was again an issue. Dropped the car off, he replaced it again at no cost.

Other Services available On Toyota and other Hybrids